Iñupiat people belong to one of the communities in the larger group of Alaska Natives. It`s quite safe to say they are the people of ice and wilderness. These are communities, that have avoided the burgeoning effects of capitalism for the large part, leading a lifestyle based on grit and hard work, in an environment closer to nature, not polluted by materialistic greed. Ada Blackjack is one such torchbearer of this true Alaskan spirit.

Born near Solomon, Alaska in 1898 and sent to a missionary school after the death of her father, where she learnt English, Ada knew life of little comfort after that, as she got married but her husband Mr. Blackjack deserted her quickly, leaving her with poor finances to support her only surviving, tuberculosis ridden child Bennet, who she registered in an Orphanage in Nome, where her mother lived as well.


Misled into believing that there will be other Inupiat people on board as well and stressed by her dire financial situation, Ada Blackjack, had her name put forward by the local police chief for an expedition across the Chukchi Sea with 4 other white men, Canadian Allan Crawford and 3 Americans, Lorne Knight, Fred Maurer & Milton Galle, to claim Wrangel Island for British Canada as an English speaking cook and seamstress for sewing Fur clothing for the mission, financed by the shrewd Canadian explorer Vilhjalmur Stefansson who handpicked all members based on their past experience. Stefansson was interested to set up a future base for further expedition in the North Pole region exploring unchartered territories.

Some notes on the Wrangel Island here. Located close to the north eastern coast of Siberia in the Arctic circle, this is a uniquely remote piece of land at the roof of the world with gushing winds blowing at freezing temperatures all round the year having polar bears, foxes, seals, fish etc.

On 9th September, 1921, as Ada arrived on port for the approximately 1000 km, week long journey, she saw no other Inupiat families there but was convinced by her team members that they will hire some on the way. They even promised her a hefty sum of $50 per month which was far more than what she would have made staying at Nome. The team was supposed to stay for around two years on the desolate Wrangel Island with supplies coming from Alaska after intervals. As things turned out, the team soon ran out of supplies. Ada Blackjack, who didn’t want to be there in the first place, decided to stay and support the team and this is where a tale of great courage, determination and compassion was born.

In the initial days, men would explore the island in the day studying its rock formation, flora and fauna while Ada would do the daily house chores and sew. The team pitched tents for themselves and their supplies as soon as they landed but were quick to identify that most of their food was rotten. Stefansson had assured them of enough wildlife to kill in case of any calamity but nobody in the team knew how to hunt properly.

On November 21, the customary polar night started which would carry on till January 20th bringing with it, temperatures as low as -50 to -60 degree Fahrenheit. There would be blizzards and storms at end but the team still entered the New Year with relatively high spirits hunting whatever they could with their broke abilities.

Group Photo of The Team with Ada Blackjack


When Ada Blackjack Decided Not To Break

With food supplies dwindling each passing day, the team waited eagerly to catch a glimpse of any incoming ship with food and supplies as was promised by Vilhjalmur but little did they know about the turn of events in Alaskan mainland where the British had turned a cold shoulder to Vilhjalmur as they lost interest in colonizing Wrangel. August approached and the ice started becoming thicker more difficult to penetrate. The group getting stuck on the island for another year or so without supplies looked imminent. A ship named `Teddy Bear` did leave Nome for Wrangel Island on August 20, 1922 only to turn back as it encountered impenetrable icy conditions on the way.

More misery was on the way apart from the scarcity of food as Lorne fell ill with scurvy and had to be attended to most of the time. Allan, who was the expedition leader, decided it was time for drastic measures and left for Eastern Cape, Siberia on a 700 mile journey on January 29, 1923, through the frozen Chukchi Sea in hunt for much needed supplies on a sledge with his two other team mates. They assured Ada who was left behind to look after sick Lorne, that they will be back with a ship in summer, in around two months probably. Little did they know themselves that they are taking themselves into a journey they will not return from.

Ada Blackjack was left behind for the time being on an unwelcoming and brutally difficult weather to fend for herself and sick Lorne who was getting unpleasant by the day with weakness and frosty weather. Not much was there to comfort or sooth her apart from thoughts of her only surviving son back in Nome.

Among all this despair, Ada decided to struggle and persevere. She now took over maintaining the diary for daily observations from Lorne who was unable to do much. `I am going to the other side of the harbar mouth do some duck hunding` she wrote. Ada wasn’t trained in any survival tactics. She trained herself, walking miles to find any trace of wildlife to hunt for herself and Lorne. The thought of running into Polar bears terrified her so she trained to shoot. She had to look after Lorne, keeping his feet warm, changing his bedpan, and try to prevent bed sores. Still, Lorne would get abusive and say things that hurt her immensely. `Though it is hard enough for me to wood work and trying my best in everything and when I come home to rest here a man talk against me saying all kinds of words against me then what could I do` she wrote. 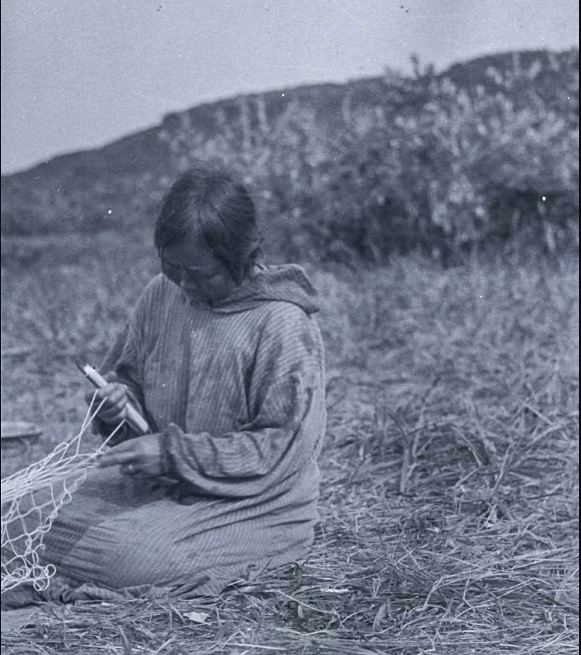 
One more observation from her diary `He never stop to think how much its hard for women to take four mans place , to wood work and to hunt for something to eat for him and do waiting to his bed and take the shiad out for him`

Lorne was becoming increasingly pale now, loosing his teeth with the disease really taking a hold of him. Finally, on June 22, 1923, Lorne Knight passed away leaving Ad Blackjack all alone in the wilderness and quiet of Wrangel Island.

Left alone with only a cat named Vic which the team brought with them to Wrangel Island from Nome. Ada did everything she could keep her safe from wild animals and kept reminding herself of her little son back in Nome. `I don’t think I could have pulled through if it hadn’t been for thoughts of my little boy at home` she informed Los Angeles Times once she got back.

A ship called Donaldson, being navigated by captain Harold Noice, Vilhjalmur`s colleague set sail for Wrangel Island on August 2nd, 1923 and arrived on August 19th, with little hope they would find any signs of human life on the island but were ecstatic to find a woman on the beach – Ada Blackjack of course.

On her arrival back in Nome, she was termed the female `Robinson Crusoe` although Harold Noice and Vilhjalmur, who were in possession of her diary twisted her words, presenting her in relatively different terms as not being considerate enough towards the dying Lorne Knight. Some bad press followed but the often quiet personality of Ada Blackjack did offer her side to Los Angeles Times in 1924 as to how she kept trying to save Lorne`s life when the other three team mates disappeared never to be heard of again and that she was all alone once Lorne passed away.

Ada Blackjack With Her Son

Often quiet and not intent on earning any fame for her brave role in the horrendous arctic expedition, Ada`s life is an embodiment of simplicity, courage and determination sticking to the true morals of human existence not corrupted by greed or lust for material possession. She paid for Bennet`s treatment with her earnings from the voyage and never demanded anything from Harold or Vilhjalmur who made money lecturing and publishing using excerpts from her diary maintained over two years and never shared anything of their fortunes with her.

Alaska State Legislature formally honored her as a `True And Courageous Hero` for her lion hearted role in the unfortunate Arctic expedition after she passed away.

For an experience in Leather Bags and Accessories that are born tough and won`t lose character, visit our store : Alaskan Leather Company 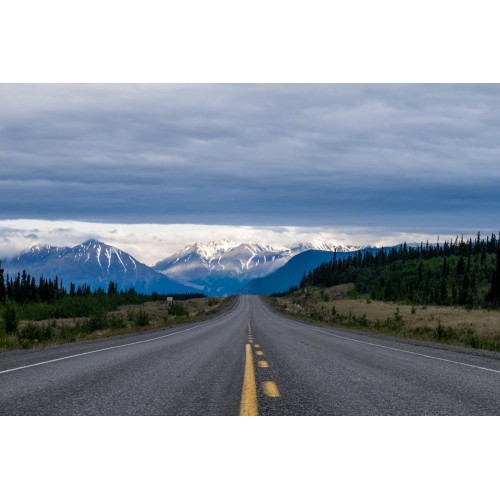 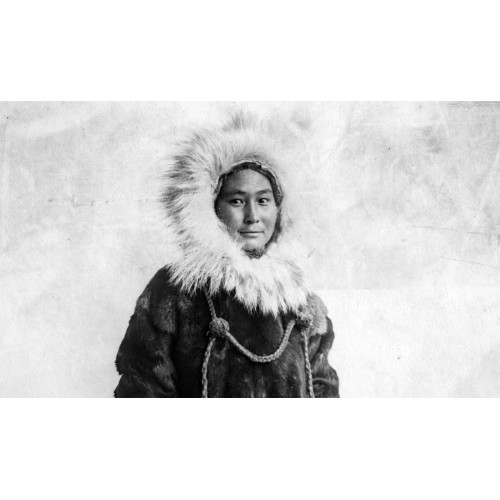